5
'"`UNIQ--vote-00000007-QINU`"'
Huntington Beach Must End Its Sweetheart Deal with Rainbow Environmental Services
Imagine that your preschool-aged child goes to school every day only 30 feet away from a waste trash dump that continuously cycles through rotting garbage carrying a stomach-turning stench. Now, imagine that your child in elementary school runs daily on a playground that sits directly next to idling diesel trucks that emit harmful tailpipe pollution and carry massive amounts of this putrid trash that has been collected from all parts of the city. For many Oak View neighborhood residents with children, this scenario is reality. Members of Huntington Beach’s Latino and largely low-income Oak View community live, breathe, work, and play right next to Rainbow Environmental Services’ 17.6-acre waste station, which has expanded steadily over the years. The facility is also directly across the street from the Oak View Preschool and Elementary School on Nichols Lane, a deliberate choice by the City of Huntington Beach through its zoning decisions and its exclusive franchise agreement with Rainbow. Although the franchise agreement claims to have a term of 15 years, a key provision of the agreement empowers the City’s Director of Public Works to extend that 15-year term annually, into perpetuity.
…
See more

5.6
Huntington Beach City Council
Business Roundtable Response To Governor Newsom’s Budget Proposal
We appreciate Governor Newsom’s vision and hard work in presenting his first budget that builds a three-year framework for his spending priorities. From an initial review, we support his many of his one-time investments such as the expanded Earned Income Tax Credit (EITC), K-12 and higher education, paying down retiree pension and health care debt, and housing reforms. However, as we assess his three-year framework, we will be focused on the details of these proposals.
…
See more

California Office of the Governor
Common Sense for Riverside County
The reason why so many cities went bankrupt in California is that city managers, county administrators and local officials at all levels were pulled into programs that encouraged expensive and wasteful policies. Our officials were talked into one foolish freebie after another ignoring the expensive strings attached or the long term effect it has on depressing our economy.
…
See more

The Army needs new data management software to provide Soldiers and Commanders with seamless access to vast amounts of data. Since the 1990’s, the Department of Defense has recognized the need for a software system that can access, manage, and analyze the wealth of data contained in the military’s various databases. In an attempt to meet this need, the military developed the Distributed Common Ground System (DCGS), which has been a costly failure. American taxpayers have paid approximately $6 billion for DCGS-A, yet it continues to be burdened by numerous critical failures in testing, training, and combat—nearly two decades after the Army and a cadre of defense contractors began developing it.

The Federal Acquisition Streamlining Act (“FASA”) requires federal agencies to acquire commercial products from the private sector “to the maximum extent practicable,” rather than paying contractors to develop those products from scratch. However, the Army issued a final RFI for DCGS-A2 confirming that the Army intended to develop new software rather than acquire existing commercial software. and is considering contract terms and vehicles that would perpetuate risky long-term, services-based contracts that focus on large software development activities” instead of inquiring into the availability of commercial items.

Additionally, the Court of Federal Claims expressed concern about “the unfortunate conduct of some of the Army personnel reflected in the Administrative Record.”

4.0
Court of Appeals for the Federal Circuit
Inter Miami MLS Soccer Project
David Beckham's MLS ownership group has taken so long to produce the plans for a Miami soccer stadium, according to the Miami Herald, that it now appears the measure couldn't be voted on before November. Neither the original proposed 9-acre property purchased in Overtown in 2016, nor current discussions to redevelop part of the Melreese golf course next to Miami International Airport, appear anywhere close to fruition.
…
See more 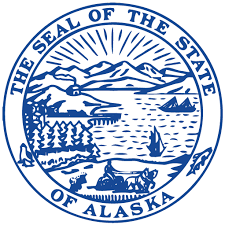 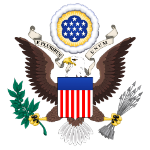 Arkansas Department of Finance and Administration 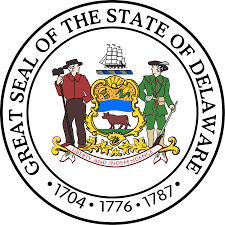