In December, the Defense Department declassified two videos documenting encounters between U.S. Navy F-18 fighters and unidentified aircraft. The first video captures multiple pilots observing and discussing a strange, hovering, egg-shaped craft, apparently one of a “fleet” of such objects, according to cockpit audio. The second shows a similar incident involving an F-18 attached to the USS Nimitz carrier battle group in 2004.  The videos, along with observations by pilots and radar operators, appear to provide evidence of the existence of aircraft far superior to anything possessed by the United States or its allies.  A colleague of mine at To the Stars Academy, Luis Elizondo, used to run a Pentagon intelligence program that examined evidence of “anomalous” aircraft, but he resigned last fall to protest government inattention to the growing body of empirical data.

Meanwhile, reports from different services and agencies remain largely ignored and unevaluated inside their respective bureaucratic stovepipes. There is no Pentagon process for synthesizing all the observations the military is making. The current approach is equivalent to having the Army conduct a submarine search without the Navy. It is also reminiscent of the counterterrorism efforts of the CIA and the FBI before Sept. 11, 2001, when each had information on the hijackers that they kept to themselves. In this instance, the truth may ultimately prove benign, but why leave it to chance?

On several occasions, I have met with senior Pentagon officials, and at least one followed up and obtained briefings confirming incidents such as the Nimitz case. But nobody wants to be “the alien guy” in the national security bureaucracy; nobody wants to be ridiculed or sidelined for drawing attention to the issue. This is true up and down the chain of command, and it is a serious and recurring impediment to progress.

1.2
U.S. Department of Defense (DOD)
Spacecraft to Study the Edge of the Solar System
The farthest human-made spacecraft, Voyager 1, is currently over 13 billion miles away from the Earth. At that distance, the spacecraft has passed through the heliosphere—the border between our solar system and interstellar space—which means technically, Voyager 1 has left the solar system completely. Despite having a spacecraft fly through this region, scientists still don’t understand much about the heliosphere. As NASA, SpaceX, and others plan various missions to send humans to Mars, one of the biggest questions is how safe astronauts will be while traveling through interplanetary space for months at a time. The primary danger of deep space travel is the kind of interstellar radiation particles around the heliosphere. But exactly how safe is still an open question.
…
See more

8.3
National Aeronautics and Space Administration (NASA)
Fictional
The X-Files: The Truth is (Still) Out There
My name is Fox Mulder. Since my childhood, I have been obsessed by a controversial global phenomenon. Since my sister disappeared when I was 12 years old... in what I believe was an alien abduction. My obsession took me to the FBI, where I investigated paranormal science cases through the auspices of a unit known as the X-Files. Through this unit, I could continue my work on the alien phenomenon, and the search for my missing sister. In 1993, the FBI sought to impugn my work, bringing in a scientist and medical doctor to debunk it... which only deepened my obsession for the better part of a decade, during which time that agent, Dana Scully, had her own faith tested. In 2002, in a change of direction and policy, the FBI closed the X-Files, and our investigation ceased. But my personal obsession did not.
…
See more

Titan Submarine: Exploring the Depths of Kraken
Saturn's moon, Titan, is unique in the outer solar system in that it is the only one of the bodies outside the Earth with liquid lakes and seas on its surface. The Titanian seas, however, are not composed of water, like Earth’s seas, but are seas of liquid hydrocarbons. Sprawling over some 1000 km, with depths estimated at 300 m, Kraken Mare is comparable in size to the Great Lakes and represents an opportunity for an unprecedented planetary exploration mission. What lies beneath the surface of Titan’s seas?
…
See more

8.3
National Aeronautics and Space Administration (NASA)
Let's go to Mars!
We need to go to Mars and study more about it, before the Russians do. And for scientific reasons too
…
See more

8.3
National Aeronautics and Space Administration (NASA)
International Space Station Privatization Project
NASA is spending too much on keeping the ISS in orbit, and that it dilutes the mission of the space agency in terms of human space exploration. Trump has proposed privatizing ISS, but the issue remains complex.
…
See more 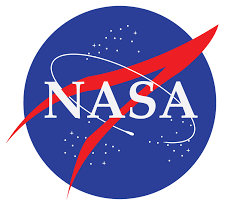