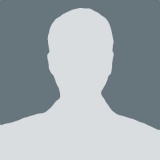 '"`UNIQ--vote-00000008-QINU`"'
Refugee Justice: Solutions for U.S. Asylum Policy
From February to September 2017, ICE’s El Paso, Philadelphia, and Newark Field Offices denied 100% of parole applications, while the Los Angeles and Detroit Offices denied 92% and 98%. Just a few years ago, ICE granted parole to more than 90% of asylum-seekers. Ansly Damus is a former ethics teacher who fled political persecution in Haiti to come to the U.S. in October 2016. An asylum officer determined that he had a credible fear of persecution, and he was granted asylum twice, but the government has appealed both those rulings. He has been detained in the Detroit field office for more than a year and a half after ICE denied his parole requests. ICE’s parole denials based on the nation-wide, de facto immigration deterrence policy violates First and Fifth Amendment rights under the United States Constitution and is arbitrary and capricious in violation of the Administrative Procedure Act. DHS purports to resume the Refugee Admissions Program when in fact it indefinitely bans many refugees in contravention
…
See more

Humane Treatment of Migrant Children and Families
Between October 1, 2017 and May 31, 2018, at least 2,700 children have been split from their parents. 1,995 of them were separated over the last six weeks of that window — April 18 to May 31 — indicating that at present, an average of 45 children are being taken from their parents each day. The Due Process Clause of the Fifth Amendment does not permit the government to forcibly take a child from her mother, without justification or even a hearing.
…
See more

4
Suggested in: Humane Treatment of Migrant Children and Families

Although many families have indeed been reunited, the United States have yet to provide us with any information that would allow us to verify these reunifications or locate the reunified families. In addition, according to the United States’ own data, dozens of separated children still have not been matched to a parent. Moreover, close to a thousand parents remain separated from their children. This includes nearly 500 parents who were removed from the country, most likely without their children. This also includes parents deemed to not be Class Members, parents who allegedly waived reunification, and parents whose membership in the class the United States have yet to determine. In light of the above, we propose the following steps:

A list of all reunified families, which must include, for each Class Member, the following information:

That list contains 40 children with no parental information—no name, A number, or location. The list also contains 12 children for whom the parent’s A number is listed, but no name or location. be ordered to explain in detail, at the July 27 hearing, what efforts they are undertaking to locate and make contact with these parents.   As evidence submitted yesterday makes clear, many of these parents did not realize they were signing away their right to get their children back. For the Class Members on the waiver list who in fact do want to be reunified, the Court should order the United States to reunify the family within 3 days of receiving written notice from the Class Member or class counsel.

There were over 900 potential class members who will not be reunified by today’s deadline. We propose the following deadlines to ensure that these families’ separation ends as soon as possible:

Suggested in: Humane Treatment of Migrant Children and Families

Before the U.S. District Court for the Southern District of California:

Declare the separation of Ms. L. and her daughter unlawful;

Preliminarily and permanently enjoin ICE from continuing to separate Ms. L. and her daughter;

Order ICE either to release Ms. L. and her daughter, or to detain them together;

Enjoin defendants from removing Ms. L. from the country until she is reunited with her daughter, in the event that Ms. L. is not granted asylum and permitted to remain in the United States; and

Order all other relief that is just and proper.

The decision issued in Roy v. County of Los Angeles and Gonzalez v. ICE holds the LASD liable for violating the Fourth Amendment rights of thousands of inmates it detained without probable cause of any crime, including some who were held for days after they should have been released. It also holds that the LASD unconstitutionally incarcerated thousands of individuals with low bail amounts who would not even have been booked into jail if it were not for unconstitutional immigration detainers. Based on this decision, members of both classes may be entitled to monetary damages.

The decision issued in Gonzalez v. ICE holds that ICE's practice of issuing detainers based on evidence of a person's foreign place of birth and no other information about a person's citizenship or immigration status violates the Fourth Amendment. It also holds that its practice of issuing detainers without obtaining an administrative warrant violates its own statutory arrest authority. The decision entitles a national class of people currently subject to immigration detainers to relief from their detainers.