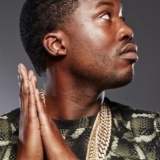 '"`UNIQ--vote-00000008-QINU`"'
Prisoners Need a New Set of Rights
Like many who are currently incarcerated, I was the victim of a miscarriage of justice — carried out by an untruthful officer, as determined by the Philadelphia District Attorney’s office, and an unfair judge. My crime? Popping a wheelie on a motorcycle in Manhattan. Even though the charge was dismissed in a New York City court, a Philadelphia-based judge still deemed my interaction with the police to be a technical violation of my probation — stemming from a 2007 arrest — and sentenced me to two to four years in prison despite the fact that I didn’t commit a crime. The judge also refused my motion for bail, calling me a “danger to the community” and a “flight risk.” The ordeal cost me my most precious commodity: my freedom. I served five months. With the help of friends and the intervention of the Pennsylvania Supreme Court, I was released on bail this past April and was able to resume my life. But I know I’m the exception to the rule — a lucky one. It’s clearer than ever that a disproportionate number of men and women of color are treated unfairly by a broken criminal justice system. The system causes a vicious cycle, feeding upon itself — sons and daughters grow up with their parents in and out of prison, and then become far more likely to become tied up in the arrest-jail-probation cycle. This is bad for families and our society as a whole.
…
See more

Pennsylvania Office of the Governor
Philly DA Appreciation Project
Many people of color across the country don't have the resources to achieve justice or overturn unjust convictions.
…
See more

8.2
Philadelphia Office of the District Attorney

2
Suggested in: Justice for Meek Mill

In the meantime, I plan to work closely with my legal team to overturn this unwarranted conviction and look forward to reuniting with my family and resuming my music career.

Suggested in: Justice for Meek Mill

In an opinion on April 24th, the Court of Common Pleas of Philadelphia County was DIRECTED to immediately issue an order of release on unsecured bail. Moreover, as offered and having received no objection by the Commonwealth, the conditions of bail are to be similar or identical to those that governed prior to August 1, 2017. Bail shall continue until final resolution of the PCRA matter, including any appellate review. At this juncture, the request for immediate reassignment to another jurist was DENIED.